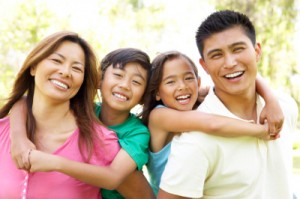 The Prescriptive Authority Bill has been passed and signed into law in Illinois, allowing psychologists to prescribe medications related to mental health! After a long and difficult battle, I would like to add my perspective on what this bill will achieve. Â For those who do not know who I am, Iâm a prescribing psychologist in New Mexico, past president of the Illinois Psychological Association, and past chair of the RxP committee for Illinois. Â RxP stands for prescribing psychologist. I did not negotiate this bill. Â I was part of the team of psychologists who were consulted during the negotiations, and helped to lobby legislators as well as providing information about the legislation on public media (Chicago Tribune, Chicago Tonight on WTTW).

1. The best that could be done

The bill is not all, nor nearly all that I hoped for. Â What I hoped for was not possible, and what has been negotiated is the best that could be done at this time. Â It was not a choice between this compromised bill and âsomething better.â Â Rather, it creates the right to prescribe for some psychologists for some needy patients, rather than no psychologists prescribing for any patients.

2. Limited but crucial help for those in need

The bill will enable some (not all) psychologists with RxP training to prescribe from a limited formulary to subsets of the people of Illinois, many of whom are badly in need of services.

The bill PERMITS some RxPâs to treat some very important segments of the population who are otherwise free of âserious medical illnesses.â Â Think of one of the neediest groups, veterans of the last decade of military service who are in great need; also, university students, young adults and middle aged adults suffering the stresses and strains of life, for whom depression and anxiety may be debilitating conditions, as well as young âtrying to launchâ adults with serious mental illnesses, who have not yet lived long enough to accumulate serious medical illnesses.

The bill bars RxPâs from prescribing for the most vulnerable patients. Â The current bar against prescribing for children and the elderly parallels the training in psychiatry where the âstate of the artâ is to get additional sub-specialty training in Child and Adolescent or Geropsychiatry beyond the generalist training. Â It simply doesnât have the âtracksâ for C & A or Gero yet, but they could be developed in the future.

Inadvertently this will protect us (RxP’s) as we continue the tradition of being âsafeâ prescribers which will provide evidence for the expansion of the scope of the practice. Â For instance: Â I would rather not prescribe for a pregnant woman; I never do it here without the consent of the OB/Gyne or FP and the woman, and then only after truly informed consent based on a thorough risk/benefit analysis, weighing the risks and benefits of prescribing versus not prescribing for the woman and fetus. Â I would just as soon have the OB/Gyne or a psychiatrist take over at that point.

The barring of the prescribing of benzodiazepines (BZ’s) will keep RxPâs on the âbest practiceâ course of utilizing psychotherapeutic (behavioral) techniques to treat anxiety disorders in conjunction with SSRIâs when appropriate, and keep us from an easy and addictive reliance on BZ medications, that is what medicine has fallen prey to. Â I spend a lot of time taking people off those BZâs when they should have had non-Rx treatment in the first place. Â I refused BZâs to every patient who asked me for them yesterday because they were not in the patientâs best long-term interest.

The barring of stimulants appears related to a controversy regarding stimulant use in children. Â This is unfortunate, but child psychologists have been dealing with not being able to prescribe these for a long time, obtaining the needed Rxâs from pediatricians and child psychiatrists.

The bill PERMITS RxPâs to be principal investigators directing research involving studying both psychopharmacological and psychological interventions and comparing the efficacy of each. Â It is my opinion that only when RxPâs can âcontrolâ the research will research studies give a balanced view of the benefits and limits of medication (Rx) when compared to psychological treatments. Â The literature, at this time, is so biased (in my view) in the direction of Rx treatments in general, that it has led to an overreliance on Rx rather than psychological interventions. Â The bill permits psychologists to do research with the primary population of people who can be subjects according to the usual standards governing who may be utilized as a subject (i.e. healthy, age of consent, adults without medical illnesses). Â The knowledge of when to use which kind of treatment, and how to best combine treatments will provide a tremendous boost to effective services.

The bill PERMITS psychologists to treat a segment of the population, thus freeing psychiatrists to focus on populations where their additional medical training may have the most value. Â It may bring closer collaboration between psychiatrists and psychologists, and especially psychologists and primary care providers, to the benefit of all, through collaborative agreements; and lead to sensible specialization based on training.

The bill establishes a precedent that it is possible that a very medicalized populous state (like Illinois) can permit some RxP psychologists to prescribe safely. Â Other states can argue now that âit is permissible in Illinois and the history of safe prescribing in New Mexico, Louisiana, the military and the HIS as well as Illinois shows that the Illinois bill may be too stringent.”

It is my opinion that without this billâs passage, the movement for RxP was essentially âdead.â Â This bill establishes a precedent that will permit some RxPs in any state that passes similar legislation to get started, and then, based on experience, expand the scope of practice over time.

8. An important accomplishment for the Illinois Psychological Association

The passage of this legislation represents an important step in increasing the availability of a full spectrum of mental health services to the people of Illinois.

For more on this topic: